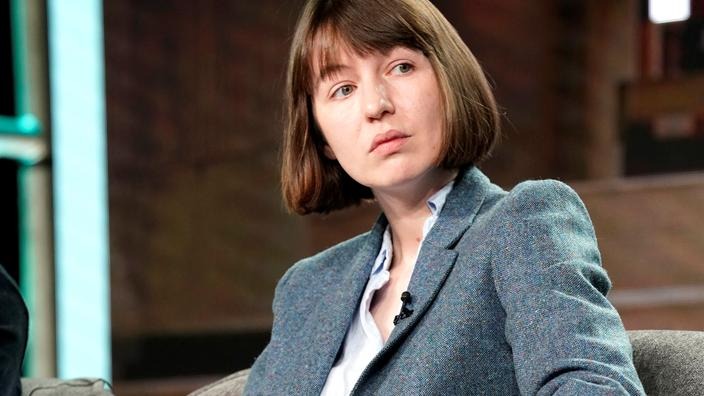 The Irish literary phenomenon will not publish Beautiful World, Where Are You “in solidarity with a movement boycotting Israel“.

The successful novelist created controversy. Sally Rooney, originally from Castlebar in the northwest of Ireland, is considered a young prodigy in the Anglo-Saxon world. Its intrigues address the notion of consent, social differences and romantic relationships. His two previous books, Conversations with Friends and Normal People – sold over a million copies and whose serial adaptation was awarded at the Golden Globes – were translated into Hebrew by Katyah Benovits, then published in Israel by publisher Modan.

But Sally Rooney assured that she would not sell the publishing house the rights to her third novel, Beautiful World, Where Are You. “In solidarity with a movement boycotting Israel for the way the country treats Palestinians“, She explains in a statement released by her agent.

“I understand that not everyone will agree with my decision, but I just don’t think it would be fair for me under the current circumstances to accept a new contract with an Israeli company that does not publicly take its distances from apartheid and does not support the UN», Specifying that “It would be an honor” to have to Beautiful World, Where Are You translated into Hebrew. “But for now, I have chosen not to sell these translation rights to an Israel-based publishing house”, she added.

This decision provoked strong reactions, especially in the Jewish community. “Sally Rooney has chosen a path at odds with the artistic essence of literature”, denounced Gitit Levy-Paz, member of the Political Institute of the Jewish People. “The very essence of literature, its power to bring a sense of coherence and order to the world, is negated by Rooney’s choice to exclude a group of readers because of their national identity.”, she lamented to the media Foward .

“Sally Rooney’s novels are available in Chinese and Russian. Doesn’t she care about the Uyghurs? Or journalists who challenge Putin? ”, quipped American critic Ruth Franklin on her Twitter account. She adds that “Judging Israel by a different standard from that of the rest of the world is anti-Semitism”.

In response, Sally Rooney argues: “The Israeli system of domination and racial segregation against the Palestinians meets the definition of apartheid under international law”, while claiming to support the boycott movement targeting companies or institutions “Accomplices” of “Serious human rights violations”.

This position in the literary world knows precedents. In 2012, the American writer Alice Walker refused to release a new Hebrew edition of The Color Purple, also Pulitzer Prize for fiction in 1983. Kamila Shamsie, Anglo-Pakistani novelist, does the same in 2018. “I would be very happy to be published in Hebrew, but I don’t know of any Hebrew that is not Israeli. And I understand that there is no Israeli publisher who is completely detached from the state»She wrote in a letter to its Israeli publisher.