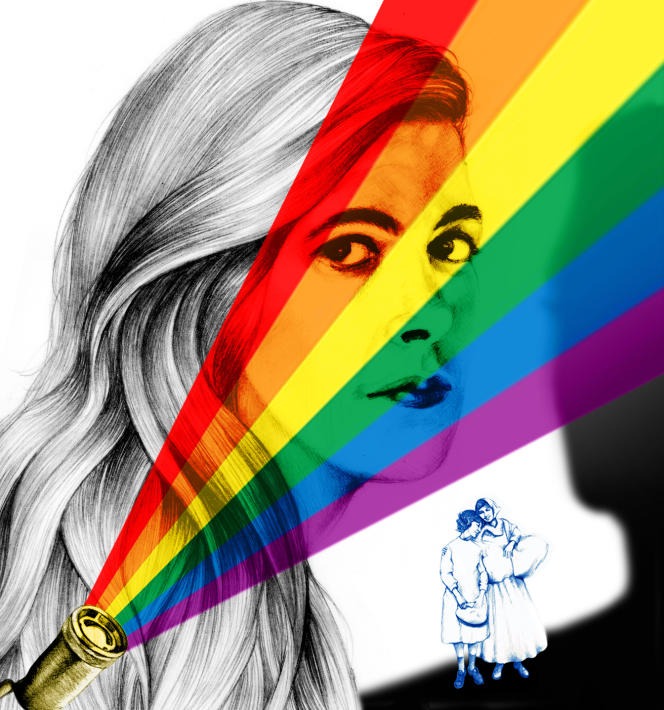 Philosopher, feminist, critic, novelist, filmmaker, star as well as academic, the American Susan Sontag (1933-2004) brilliantly ticks all these boxes. Less by the hazards of her nomadic life than by her perpetual and fruitless search for a “true” identity, constantly concealing herself under the multiplicity of masks of American modernity – which she ended up embodying. This is the general idea that seems to animate the voluminous biography that journalist and translator Benjamin Moser, whose book was awarded the Pulitzer Prize in 2020, is dedicated to him. While following the chronological order, the author has sought, in a constant back and forth, to find the traces of Sontag’s youth even in his late writings: the diary, the correspondence and the personal archives of the writer registered at the University of California (UCLA, Los Angeles). He also interviewed a five-page witness list that attests to the work done since he was given the risky title of Sontag’s “official biographer” in 2013.

Although in empathy with this figure torn between the desire for “normality” and homosexuality, Moser does not always spare his character. Thus he underlines his political blindness, characteristic of a “new left” incapable of thinking about the confrontations of the Cold War other than in a Manichean mode. Invited to Hanoi by the communist regime in the middle of the Vietnam War, Sontag lives close to a jail where her fellow prisoners are tortured. She crosses Mao’s China without looking at the cultural and human disasters of the Cultural Revolution. While in the eyes of many Sontag remains a prototype of commitment, Moser suggests that she was not really politically minded and moreover does not explain the reasons that pushed her into this arena, in the midst of of the 1960s, if not the damaged image of America as a champion of freedom, or the photos of the Dachau concentration camp, which precociously shook this young Californian of Jewish origin.

The reinvestment of the body

Because she was concerned about the potentially deceptive nature of the images, as she recalls in On the photo (Christian Bourgois, 1983), Sontag thought that one had to be on the spot when one wanted to judge an event, which she did, in 1973, by filming Sinai during the Yom Kippur War (Promised Lands, 1974) or, in the 1990s, in Sarajevo. When she was unfaithful to this principle, she yielded to excesses, as in the tribune delivered to the New Yorker, just after the attacks of September 11, 2001: from Berlin and this old Europe whose culture she cherished so much, she attacked the “handling” American leaders and “robotic president who (…) ensures[ait] than America [était] still standing “.

You have 29.52% of this article left to read. The following is for subscribers only.

“Sontag”, by Benjamin Moser: Susan Sontag, not so political