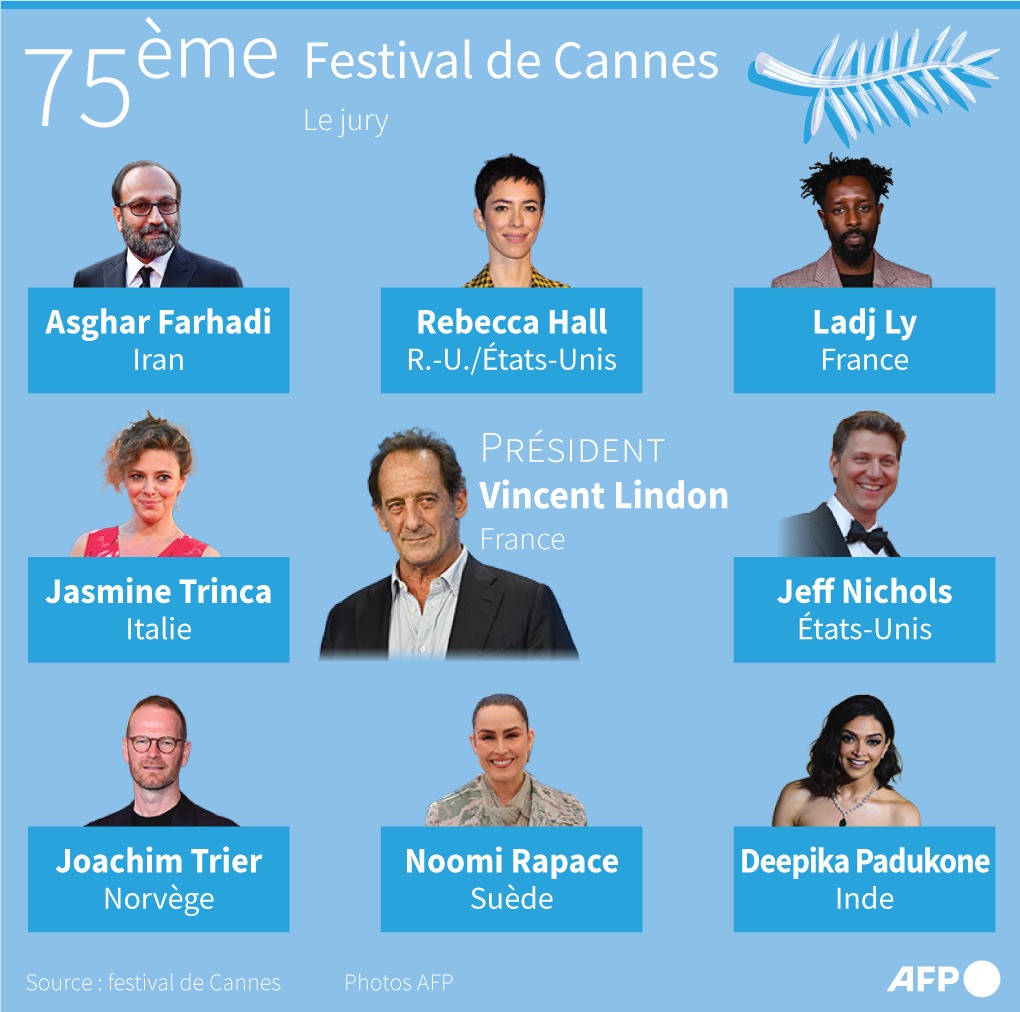 PARIS: Three weeks before its 75th edition, the Cannes International Film Festival put an end to the suspense on Tuesday by announcing the composition of its jury, which will be chaired by French actor Vincent Lindon, interpretation prize in 2015 and actor in “Titanium”, the Palme d’or 2021.

He will take over from American director Spike Lee who, with his jury, crowned the film by Frenchwoman Julia Ducournau in July 2021.

“It is an immense honor and a very great pride to see me entrusted, in the midst of the tumult of the multiple events that we are going through in the world, the splendid and heavy task of presiding over the jury” of the Festival, declared Vincent Lindon, quoted in the press release from the organizations of the event which draws celebrities and crowds to the Croisette in Cannes, a city on the French Riviera.

This announcement comes at the end of a long suspense: usually, the president of the jury is known at the beginning of the year and the jury is revealed a few weeks before the Festival.

With the restart of post-pandemic cinema and the rise of series, “all the artists work”, underlined mid-April Thierry Frémaux, the general delegate of the Festival, to justify this jostled calendar.

The names of actresses Penelope Cruz and Marion Cotillard had circulated in the specialized press, without ever being confirmed, as well as that of the Iranian director Asghar Farhadi, who will ultimately be a member of the jury.

The Oscar-winning filmmaker is currently accused of plagiarism by one of his former students for his latest film “A hero”, Grand Prix at Cannes last year.

By choosing Vincent Lindon, 62, the Festival is betting on a regular at Cannes, who has presented nine feature films there since 1987 and likes to talk about the 7th art during masterclasses at the Cinémathèque française or the Institut Lumière. No French personality had held this position since actress Isabelle Huppert in 2009.

On screen, the 62-year-old actor often embodies an angry contemporary man, with obvious fragility, as in “La loi du marché” by Stéphane Brizé, a scathing film about the brutality of the world of work which had earned him the interpretation prize in 2015.

Finding the director three years later, and the Cannes marches, he presented “En Guerre” in 2018, where he portrayed a union representative fighting to prevent the closure of his factory.

In July 2021, he was surprised as a bodybuilt and “bruised firefighter, (who) marked bodies, hearts and minds”, according to the Festival.

Close to Thierry Frémaux, Vincent Lindon will have to choose the Palme d’or among the 21 films in competition, including the latest opus by Canadian David Cronenberg or that by Russian Kirill Serebrennikov, breaking with the line of the Putin regime.

He will be supported in this mission by the Anglo-American actress and director Rebecca Hall (“Vicky Cristina Barcelona”), the Swedish Noomi Rapace, revealed in 2009 in the first adaptation of the Millenium saga, the Italian Jasmine Trinca (whose first feature film “Marcel!” will be presented in a special screening) and the Indian Deepika Padukone.

“With my jury, we will do our best to take care of the films of the future, which all carry the same secret hope, courage, loyalty and freedom; whose mission is to move the greatest number of women and men by talking to them about their wounds and their common joys. Culture helps the human soul to rise and to hope for tomorrow”, underlined Vincent Lindon.