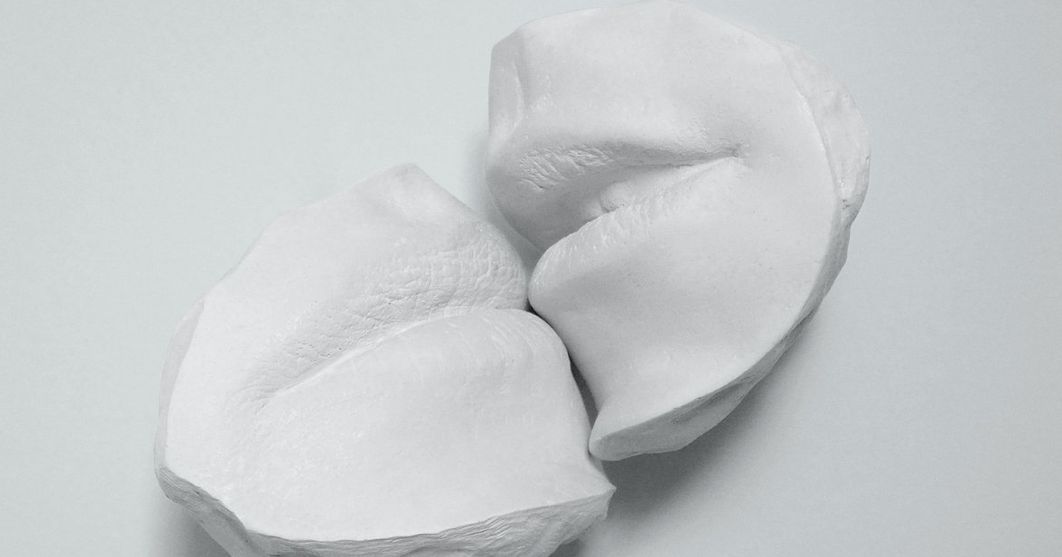 Initially, as for each Infiné record, a refined cover catches our eye. That of The Study of The Invisible presents a work of art by Laurent Pernot. Imagine two human mouths of milky plaster, molded on live models and sculpted by the artist. These anonymous lips that touch each other can evoke the tenderness but also the fragility of a couple. In short, various emotions provoked by a sober artistic gesture, an economy of means that we find in each of the fifteen pieces recorded by Vanessa Wagner.

These cookies allow our partners to offer you personalized advertising and content based on your browsing, your profile and your centers of interest.

The Study of the Invisible prolongs the singular experience of the Inland disc since we find there composers who already appeared in the previous album of 2019 such as Moondog, Suzanne Ciani or even Philip Glass whose Vanessa Wagner records here two new studies for piano, the melancholy sixteenth and the explosive sixth!

With The Study of The Invisible, Vanessa Wagner makes visible artists little known in France by interpreting a piece of each of them. They are called Ezio Bosso, Suzanne Ciani, Timo Andres, Julia Wolfe, but also Caroline Shaw, a pioneer of electronic music, who became in 2013 and at the age of 31, the youngest winner of the Pulitzer Prize for music. An American composer who shares with Vanessa Wagner this idea that the classical is not condemned to formaldehyde and that great works of the past can also dialogue with more recent musical styles.

For example, in the longest piece on the disc, Gustave Le Gray composed in 2012, Caroline Shaw repeats in a loop a few chords that open Chopin’s Mazurka in A minor op.17. But little by little, this motif evolves and takes on Debussy colors and even jazz improvisations. Here, the score makes visible the aesthetic proximity of distant music in time.

These cookies allow our partners to offer you personalized advertising and content based on your browsing, your profile and your centers of interest.

As you will have understood, the resonance does not only come from the sound recording, the piano pedals or the powerful playing of Vanessa Wagner. The echo is also the past that knocks at the door of certain works. This prelude in A minor may have been composed in 1961 by Moondog, but it is indeed of Johann Sebastian Bach and the triumphant Baroque that one thinks of when listening to this sequence of timeless chords. A feeling of eternity made visible by The Study of The Invisible.

The Study of The Invisible by Vanessa Wagner: an ode to minimalism