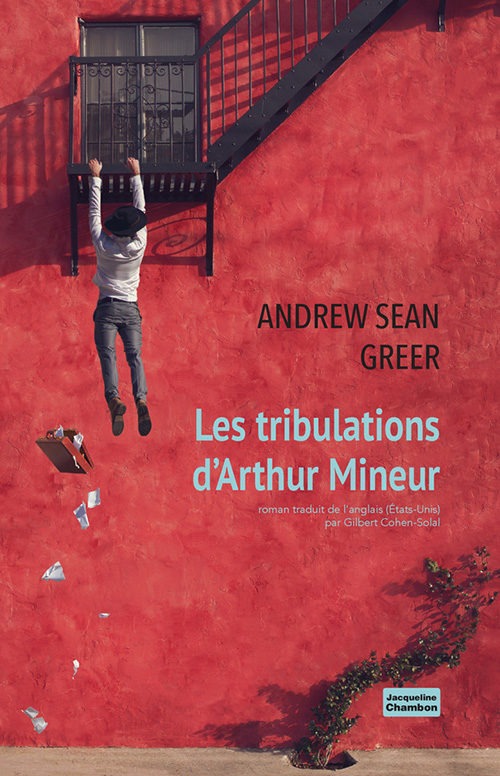 A true travelogue but also a romantic comedy, the Pulitzer 2018 focuses not without humor on the doubts of a homosexual writer approaching fifty.

Less is more. Arthur Mineur (Arthur Less in the original American version) has the tenacious impression of missing out on his life and his dreams: approaching fifty, he painfully realizes that he is single again and that his novels will never know. the expected success, especially since his last manuscript was refused by his publisher. From there, how to find the taste of life? And how to support that Freddy Peluche, the man with whom he slept for more than nine years without ever having dared to declare his love, married? Only one solution: to leave, and no offense to Seneca who abruptly declares ” What’s the point of traveling if you’re taking it with you? It is the soul that must be changed, not the climate “.

The novel that Mineur has finished writing looks furiously like the novel the reader is reading but, as one character puts it, ” it’s kinda hard to feel empathy for a guy like that », a middle-aged white man who wanders his sorrows of middle-aged white American, even homosexual. The magic of the Pulitzer, however, operates thanks to humor and a somewhat disillusioned vision of the midlife crisis. It would seem that the life of Arthur Minor gains a lot of lightness when it is narrated by Andrew Sean Greer: narrowly avoided fall from a balcony in Berlin, great love, also avoided, on a balcony in Paris, sandstorm in the Sahara, needle in the foot in India, etc. This succession of episodes gives consistency to a character who becomes endearing and who we understand has accepted a series of invitations to go to the other side of the world, far from the only man he has ever loved. Arthur Mineur doesn’t want to find a new lover anyway because ” when you’ve been truly in love once, you can’t live thinking that this will “do the trick” “.

The Tribulations of Arthur Minor, in addition to tackling homosexual loves, failed trips, the midlife crisis, is also a novel about literature, about what it’s like to constantly compare yourself to a genius and to live with it, a novel about the feeling of never being able to write the great work of your dreams, of rubbing shoulders with a great literary current without even being part of it. In summary, a romantic comedy between Bridget Jones and tortured homosexual writer.

” What was it like living with a genius?
It was as if we lived alone.
It was like living alone with a tiger.
Everything had to be sacrificed to work. Plans had to be cancelled, meals delayed; alcohol had to be bought without delay, or else it had to be emptied into the sink. Money had to be saved, or spent lavishly, and that changed every day. The hours of sleep were decided by the poet, and this resulted in sleepless nights as often as sunrises. Habits were like the demonic pet of the house: there was just that, habits, habits, more habits; morning coffee, books, poetry, silence until noon. »