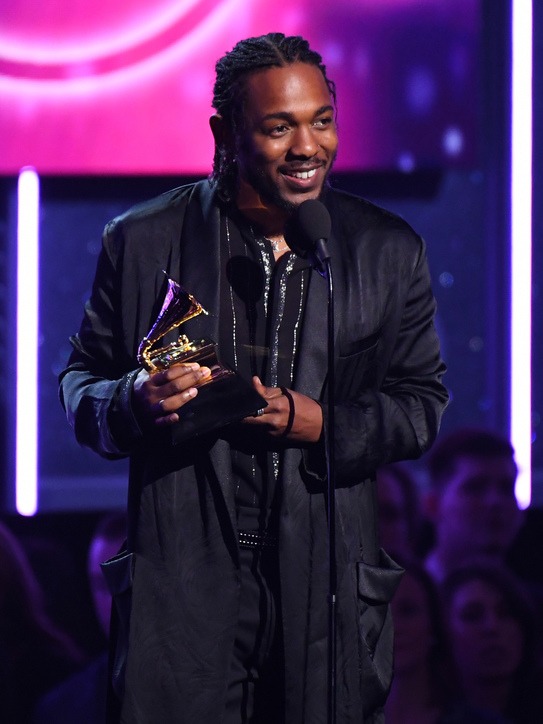 This had never happened in the history of the Pulitzer Prize. Monday, April 16, Kendrick Lamar received this prestigious award, in the music category, for his album DAMN. released in April 2017. This is a first for modern popular music and for rap. The hip-hop artist can then add new recognition to his glorious list. At only 30 years old, he has already won 12 Grammy Awards, including 5 for this same opus in January 2018. Today he receives a particularly honorary title.

The Pulitzer Prize has existed since 1917, but it was not until 1943 that a music award appeared. Until 1997, only classical music was decorated. After the awarding of this title to jazz composer Wynton Marsalis that same year, the Board of Directors wishes to broaden the criteria to diversify the eligible works. But no modern popular music artist had ever received this award before Kendrick Lamar.

According to the Pulitzer Prize jury, the rapper’s record constitutes “a virtuoso collection of tracks, unified by the authenticity of its language and rhythmic dynamics that offer landmark photos, capturing the complexity of modern African-American life.” » Indeed, Kendrick Lamar comes from an underprivileged neighborhood of Compton in Los Angeles. He is considered a political musician because many of his titles deal with social issues, such as XXX, which evokes the condition of blacks in the United States. His title OKfrom the album To Pimp a Butterflyincidentally became the – unofficial – protest anthem of the protest movement Black Lives Matterwhich fights against racism and denounces police violence against black people.

Released on April 14, 2017, DAMN. is the best start to the rapper’s career. Consisting of quality collaborations as with the singer Rihanna and the legendary band U2the album was described upon release as being “a brilliant combination of modern, old school and the next level” by Christopher R. Weingarten of RollingStone. The 14 titles that make up the opus have all climbed into the Billboard Hot 100, and the disc has sold more than 840,000 copies in just 2 weeks. Just that.

The artist connects the projects. A few months ago, Kendrick Lamar made his fans salivate by revealing the tracklist of the soundtrack of the Marvel movie Black Panther (2018) which he produced with Anthony Tiffith (the creator of the Top Dawg Entertainment label). This soundtrack, which he wanted to make as a full-fledged record, is carried by a most enticing poster with artists like The WeekndSchoolboy Q, Jorja Smith, Travis Scottor James Blake. Black Panther: The Album was released on February 9.

Kendrick Lamar is making waves even before releasing his new album