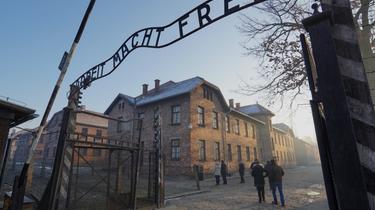 A school in Tennessee has banned an award-winning Holocaust graphic novel from its classrooms. In question: several swear words and illustrations of naked mice, cartoon style.

The author, who chose to illustrate how his own parents survived the Holocaust through figures of mice and cats, was erased from the curricula of a school in McMinn County in Tennessee.

In question, according to the minutes drawn up by the board of directors: the use of the insult “god damn” (“damn God”) on several occasions and the drawings of naked animals, deemed indecent.

“There is foul and objectionable language in this book,” school principal Lee Parkison said in support of a unanimous vote decision.

Lee Parkison went on to explain that he “consulted with a lawyer”: “We decided that the best way to handle this problem was to rewrite the book… to get rid of the eight swear words and drawings that objectify women. It was not possible.”

I love #Maus so much, I am going to analyze it for the whole world to see! #TheWholeWorldToSee pic.twitter.com/bMEAeiQvKZ

Tony Allman, member of the board of directors, supported this decision. If he said he was aware of the importance of the duty of memory, he disputed the violence of the remarks.

“It shows people being hanged, scenes of child murders. Why does the education system promote this stuff? It is neither wise nor healthy,” he said.

The graphic novel was however awarded numerous literary prizes in 1992, including the Pulitzer. But it would deliver certain messages that it would be undesirable to instil in the children according to Mike Cochran, another member of the council.

He thus proposes to review the entire program, concerned by the presence of works which tend to “normalize sexuality, normalize nudity and normalize vulgar language”: “If I was trying to indoctrinate children, this is how I would go about it. Children absorb what is shown to them.

Art Spiegelman declared himself, in an interview with CNBC this Wednesday, January 26, “disconcerted” by this decision. “It leaves me speechless,” said the 73-year-old author.

His parents were both sent to Auschwitz concentration camp. Traumatized, his mother committed suicide when he was only 20 years old.

“I met so many young people who learned things from my book,” said the writer. “Tennessee is obviously going mad. There is something totally out of whack going on there.”

The decision comes at a time when conservative groups across the country are campaigning to ban certain books from school libraries.

This particularly targets those who address the subject of ethnic origins, the LGBTQ+ cause or marginalized communities.

United States: a school decides to ban “Maus”, the Pulitzer Prize for Art Spiegelman on the Holocaust

Here are the 6 most watched series on Amazon Prime Video in 2022
Who wants to star in Netflix's next big American series? A casting in Aveyron!
On August 12, I buy a Quebec book | atuvu's suggestions
Tweet
Share
Share
Pin
Other links: https://awardworld.net/resources/