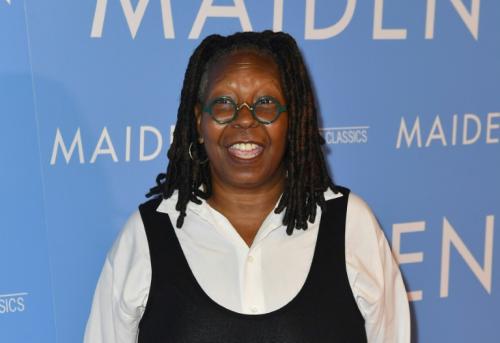 American actress Whoopi Goldberg was suspended for two weeks on Tuesday from the show she co-presents on the American network ABC, after saying the day before that the Holocaust was “not about race”.

She apologized Monday for the statement she made as she sought to defend the Holocaust graphic novel “Maus,” recently banned from the school curriculum by authorities in a southern U.S. county.

“With immediate effect, I am suspending Whoopi Goldberg for two weeks after her ill-advised and damaging comments,” Ms. Godwin said in a statement posted on a Twitter account of the chain.

“Even though Whoopi apologized, I asked her to take time to reflect and learn from the impact of her comments,” she added, noting that “the entire organization of ABC News stands in solidarity with our Jewish colleagues, friends, families and communities.”

Then she added that the Holocaust was “not a question of race, it is a question of inhumanity of men towards men”, remarks which immediately surprised her interlocutors on set.

“I should have said it was related to both,” the Oscar-winning actress apologized on Twitter in 1991 for her role in “Ghost”, considered a pioneer in the breakthrough of black actors on the American stage.

“As Jonathan Greenblatt of the Anti-Defamation League (ADL, which fights anti-Semitism and racism, editor’s note) said, the Holocaust was the Nazis’ systematic destruction of the Jewish people, whom they considered an inferior race,” she added. “Jews around the world have always had my support and that will never change.”

“I am sorry that my words have caused this suffering”, concluded, presenting her “sincere apologies”, the one who recently took a stand against restrictions on abortion, discrimination against homosexuals or for the distribution of vaccines against -Covid to poor countries.

The Holocaust Museum in Washington stressed on Twitter that “racism was central to Nazi ideology” and that “Jews were not only defined by their religion, but in terms of race”, without referring directly to the comments of the actress.

Whoopi Goldberg made her statement during a discussion about the decision of a school in McMinn County, Tennessee which, deeming its content “vulgar and inappropriate for 13-year-old middle schoolers, voted on January 10 to remove “Maus” from the program while waiting to find another book on the Holocaust.

Winner of a Pulitzer Prize in 1992 — a first for a comic book — “Maus” has been translated into more than twenty languages.

“I may be 88, but I have the energy to come on your show and talk to @WhoopiGoldberg and all the girls about the Holocaust,” Ms. Lipner tweeted. “I think we can have a meaningful conversation together and heal the wounds.”

USA: Whoopi Goldberg suspended by ABC after remarks on the Holocaust