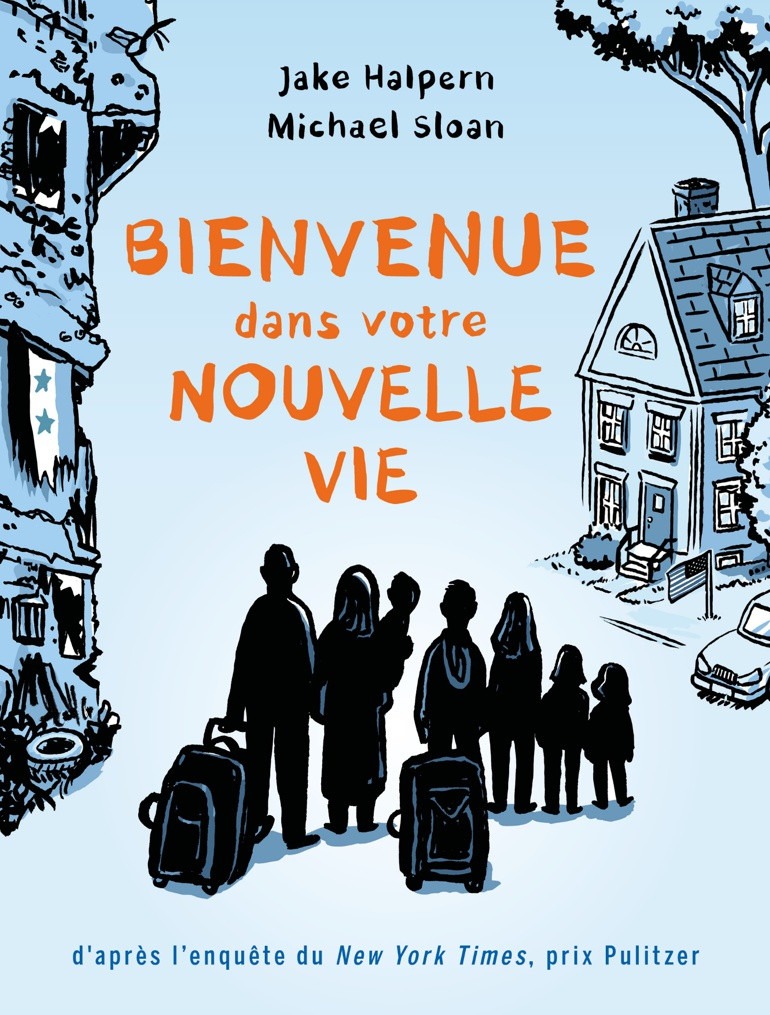 En 2018, the Pulitzer Prize honors for the first time a drawn report: Welcome to the new worldby Jake Halpern and Michael Sloan, published in the prestigious New York Times. It should nevertheless be noted that it was awarded in the category of press cartoon and not as a journalistic work, which it undoubtedly is.

When a potential victory for Donald Trump is no longer a bad joke, a wave of panic overwhelms the Aldabaan family. After fleeing Syria, they take refuge in Jordan, but they know that they are not safe there yet. They applied for a visa for the United States. Some have received the precious sesame. Others are still waiting. The fear of Muslim Ban promised by the Republican candidate makes us fear the worst. Ibrahim and Issa decide to leave immediately, without waiting. Their mother refuses to move until all her children have obtained the necessary papers. It’s one more heartbreak. But you have to do it, discreetly, to avoid being extorted by the militias.

They set foot on American soil in the middle of the New York winter. They barely speak English, have no money and know nothing of their reality. You have to learn the language, integrate into school, find a job, get out of the maze of administration. So many obstacles that must be overcome, with the help of volunteers who, despite their goodwill, sometimes have trouble understanding the real needs of these people lost in a world that is too big and too different. In addition, not everyone is equally benevolent towards them and the exiles are quickly confronted with racism.

On paper, the project is very interesting. It is the result of three years of investigation and discussion. It sheds new light on the journey of refugees as they begin their new lives. Unfortunately, the treatment completely misses the mark. Graphically, Michael Sloan opts for a simple and effective style. His staging is sometimes clumsy, but this is a direct consequence of the script. Indeed, it is at the level of the narration that this graphic novel misses the boat. Without doubt, Jake Halpern, he found himself faced with a mountain of material which required a huge consolidation work. He covers just about every important topic, but seems to be struggling to convey all the information he wanted. This gives meticulous passages that condense into three boxes situations that have lasted for weeks, even if it means making them difficult to understand. The script also uses and abuses thought bubbles that sound like the good conscience of the characters. The tone borders on accidental paternalism on more than one occasion. This is all the more embarrassing as the sincerity of the authors is beyond doubt. They were visibly overwhelmed by the mass of documents they had at their disposal. They have only succeeded in making it a certainly worthy work, although it is above all crushed by the weight of the will to do well and to forget nothing.

Welcome to your new life