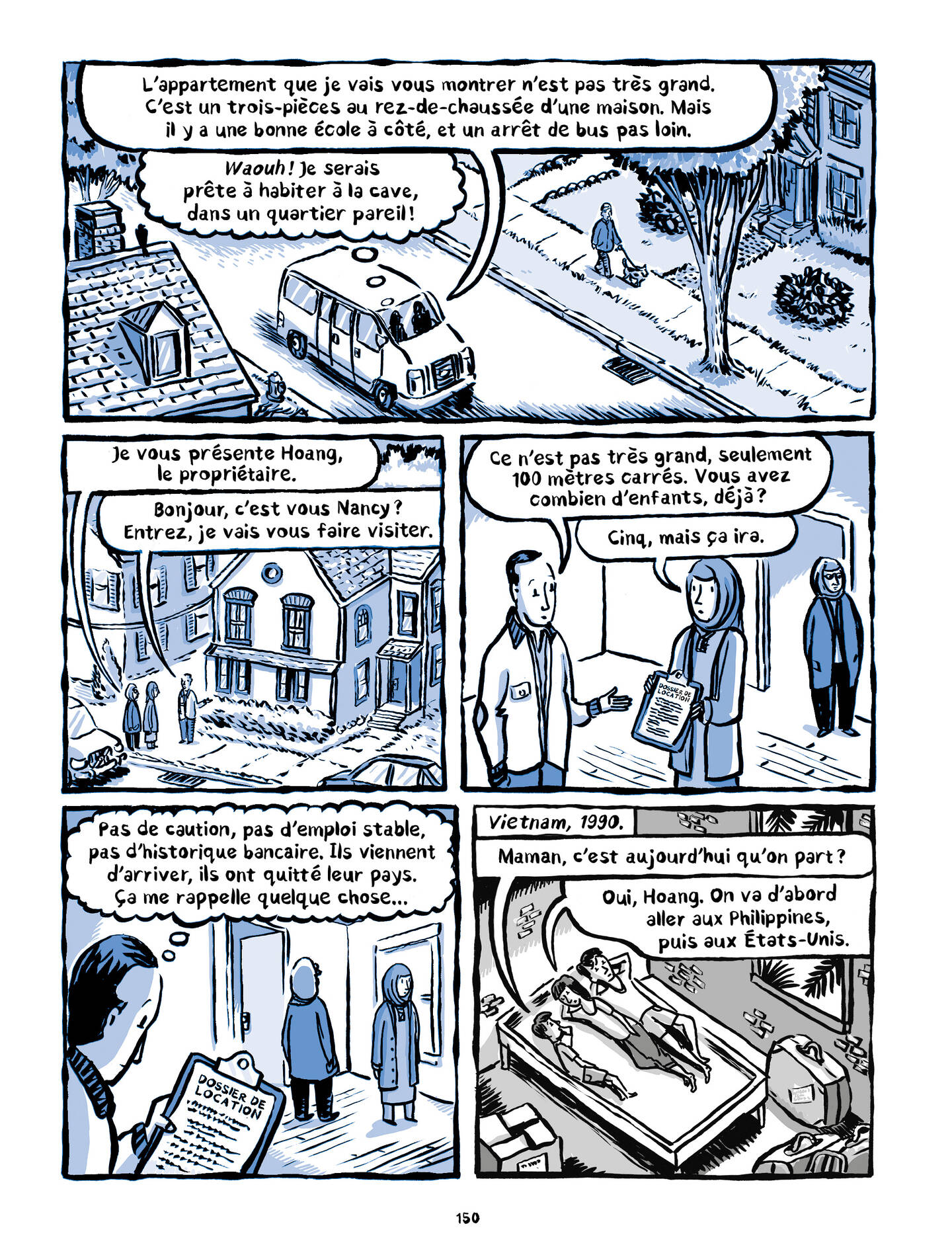 Tweet
Share
Share
Pin
Each week, “Liberation” reviews the news of children’s books. This week, a graphic novel on the daily life of Syrians exiled in a small town in the United States.

The circumstances are not ideal: the Aldabaans, a family of Syrians, land in the United States in November 2016 when Trump wins the presidential election; so wanted the schedule for obtaining visas. We can also say that they come at the right time because the President will soon put a stop to the reception of refugees. Welcome to your new life then sets Trump aside and focuses on adjusting this couple and their three children to American life in an East Coast town. Naji, their teenage son, is the one most excited about exile. The others are worried: was it a good idea to leave?

Winner of the Pulitzer Prize for press cartoons in 2018, this graphic novel was first a series of reports published in the New York Times. The design is nice and simple. He plays on a gradation of blues, then opts for black and white in the chapter which returns to the atrocities which struck Homs in 2011 and which the Aldabaan were the witnesses. The text is interesting, including for its flaws: it reports – walking on eggshells – cultural discrepancies. He highlights the worst in the United States and postpones the war in Syria, which nevertheless justifies exile. In this sense, Welcome to your new life is a triple document: on the condition of refugees, on Syria and on the Americans who apologize for the horrors that their country sometimes gives birth to. Jake Halpern, the screenwriter, freelance journalist, is far from the self-mockery and frankness of Riad Sattouf in the arab of the future. Fortunately the book is not only a critical portrait of the United States; he gives a humorous account of the strangeness that Western habits and customs can exude in the eyes of the rest of the world.

The Aldabaans discover squirrels and neighborhood noises, two new realities for them. On the first day of class, a pajama day is organized at the school: the Syrian children are flabbergasted. Naji wants to adopt the codes and attitudes of his comrades but details escape him: he learns that in the kingdom of sweatshirts, it is forbidden by the establishment to wear sweatshirts with a message, “just do it”, for example. The father of the family, Adibah, was a business manager in Syria. He has the feeling that he is taken here for “a peasant who rode a camel”. He has to create a new professional life for himself without speaking a word of English (he is learning the language). Cook will be his new profession. With a chef who trains him, he discovers the hardships that some Americans go through, unimaginable in Syria: in the United States, you can be punished for driving while intoxicated (so you can drink a lot). Jack Halpern signs an epilogue in which he explains that he followed this family for three years, the heroine of Welcome to your new life. The father rejoices today in the success of his children, “but he knows his prospects are far more limited than theirs. Basically, it’s a classic American story: the first generation sacrifices itself so that the next can achieve its dreams.

Young Pages: The American Life of the Aldabaan Family