While in theaters Without Filter, Palme d’Or at the last Cannes Film Festival, a look back at that of 1991 which caused a huge scandal on the Croisette. That year, the president of the jury was Roman Polanski. The selection is rather tempting with Van Gogh by Maurice Pialat with Jacques Dutronc, Europe by Lars … Read more 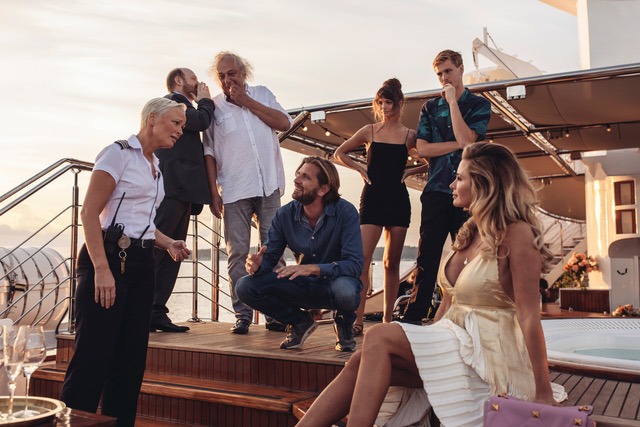 South African actress and model Charlbi Dean, character of the film “Without Filter“, Palme d’or at Cannes this year and star film of the Jerusalem Film Festival, died Monday in New York at the age of 32 , announced a spokeswoman, confirming information from the specialized press. “It’s appalling,” a representative of the actress replied … Read more

with his movie Without filter, palme d’or at the last Cannes Film Festival, the Swedish director settles his accounts with society. What does “being a man” mean in today’s world? How does he adapt in a society obsessed with image and steeped in injunctions? What dilemmas and obstacles must he face? After Snow Therapy and … Read more

“Without Filter”, a satire of the ultra-rich and class relations in Western societies, with humor as Marxist as it is corrosive, arrives in theaters on Wednesday after winning the Palme d’Or in Cannes. A cross between “Titanic” and “La Grande Bouffe”, the film has allowed the Swede Ruben Östlund to enter the restricted club of … Read more

“Your CPF balance has expired”; “Your Carte Vitale is about to expire”; “Your package has arrived. Please check it and receive it”… This kind of messages, calls, which we receive every week (if not every day), may soon be nothing more than a distant bad memory. According to information from Parisian, the National Assembly will … Read more

Reading time: 6 mins There are always two Cannes Festivals: that of the stars and of the competition for the Palme d’Or… and that of the other sections, where we often come across younger directors, or those less known to the general public. It is also there that we often find cinematographic nuggets carried by … Read more

Visual credit: Rossy de Palma © Antonio Terron The Spanish actress will preside over the Jury for the best first feature film in the official section and the parallel sections. News: Revealed by Pedro Almodóvar, Rossy de Palma played supporting roles in several of his films, from The law of desire (1987) at madres paralelas … Read more

Barely five films on the clock and the Palme d’or won twice, five years apart: Swedish filmmaker Ruben Östlund, 48, can boast of a real performance. Especially since his cinema, cynical to the point of provocation, is far from unanimous. After The Square in 2017, a nasty farce about art circles and the hypocrisy of … Read more

Nant: Palme d& MOVIE THEATER That’s it… It’s over for this year… Retro Movies packs up its reels, its projector, its big screen but keeps a memorable memory of this first festival of 16mm film screenings. Unheard of here in Nant and in the surrounding areas! Both on the number of moviegoers (614 in total!) … Read more